Avalon Project: International Military Tribunal for Germany
"The Avalon Project, affiliated with Yale University, provides a large number of primary source historical material online. This particular part of th Avalon Project has material from the Nuremburg Trials, much of which is related to the Holocaust." - John Jaeger, Dallas Baptist University

The Felix Posen Bibliographic Project
"This searchable online bibliography covers the topic of Anti-Semitism, and it addresses all topics related to the Holocaust. One can search by author, title, subject, keyword, and journal name." - John Jaeger, Dallas Baptist University

Holocaust Denial on Trial: David Irving v. Penguin Books and Deborah Lipstadt
"This site is simply a treasure trove of information for scholars, students, or anyone interested in the trial and Holocaust denial. Included are the complete trial transcripts, the full text of the judgment, and a number of the book-length works submitted on Lipstadt's behalf by prominent historians of Germany and the Holocaust (including a 700+ page examination of Irving's entire body of works by Richard Evans.)"

Holocaust Encyclopedia
"The United States Holocaust Memorial Museum (USHMM) has some tremendous online resources, and the recent addition of the Holocaust Encyclopediacontinues in this tradition. The interactive Encyclopedia includes hundredsof articles that cover topics like the Third Reich, refugees, ghettos, andthe liberation of Nazi camps. Each entry contains hypertext links to otherentries and relevant resources, including timelines, photo galleries, and primary source documents."

The Holocaust in the Baltics
"...to provide information on the Holocaust at individual locations in the Baltics, rapidly accessed by clicking on a place name (in both alphabetic list form and on a map). These will include detailed memoirs by survivors, many of which have yet to be translated.  It is moreover important that the Jewish history, language, culture and lore of each site be preserved."

Holocaust Timeline (The History Place)
"The History Place is a comprehensive site providing information on historical events and periods. It has an excellent set of Holocaust links...and also has a useful Holocaust timeline. The timeline is extremely detailed and is 17 pages long. It also contains links to guide the reader to more information." - John Jaeger, Dallas Baptist University

JewishGen's Holocaust Database
" ...is a collection of databases containing information about Holocaust victims and survivors.  It contains more than two million entries, from more than 150 component datasets..."

Literature of the Holocaust
"This site is maintained by Al Filreis, kelly Professor of English at the University of Pennsylvania. It provides nine pages of alphabetically-arranged links to sites on Holocaust Literature. One can also search the entire site by keyword." - John Jaeger, Dallas Baptist University

The Mazal Library
"..is a privately held and funded resource for historians, researchers, students and the general public. The library contains upwards of 20,000 books, microfilm rolls, pamphlets, and ephemera related to the Holocaust, anti-Semitism, racism and bigotry."

The Nizkor Project
"This site is devoted to refuting those who deny the Holocaust occurred. It draws upon a large amount of historical evidence that points to the reality of the Holocaust. While the site certainly refutes Holocaust denial, it also is helpful for learning more of the historical events related to the Holocaust." - John Jaeger, Dallas Baptist University

Remember.org: A Cybrary of the Holocaust
"Project to create educational materials dealing with the Holocaust. Includes survival testimony, links to online sources and images."

Yad Vashem
"This site focuses on four primary areas in providing an ongoing memorial to the Holocaust: documentation, research, education, and commemoration. Of particular interest are the database of victims' names and the material on righteous gentiles of the Holocaust." - John Jaeger, Dallas Baptist University 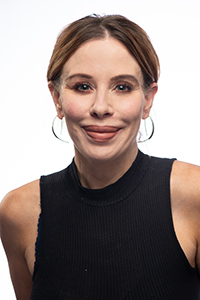